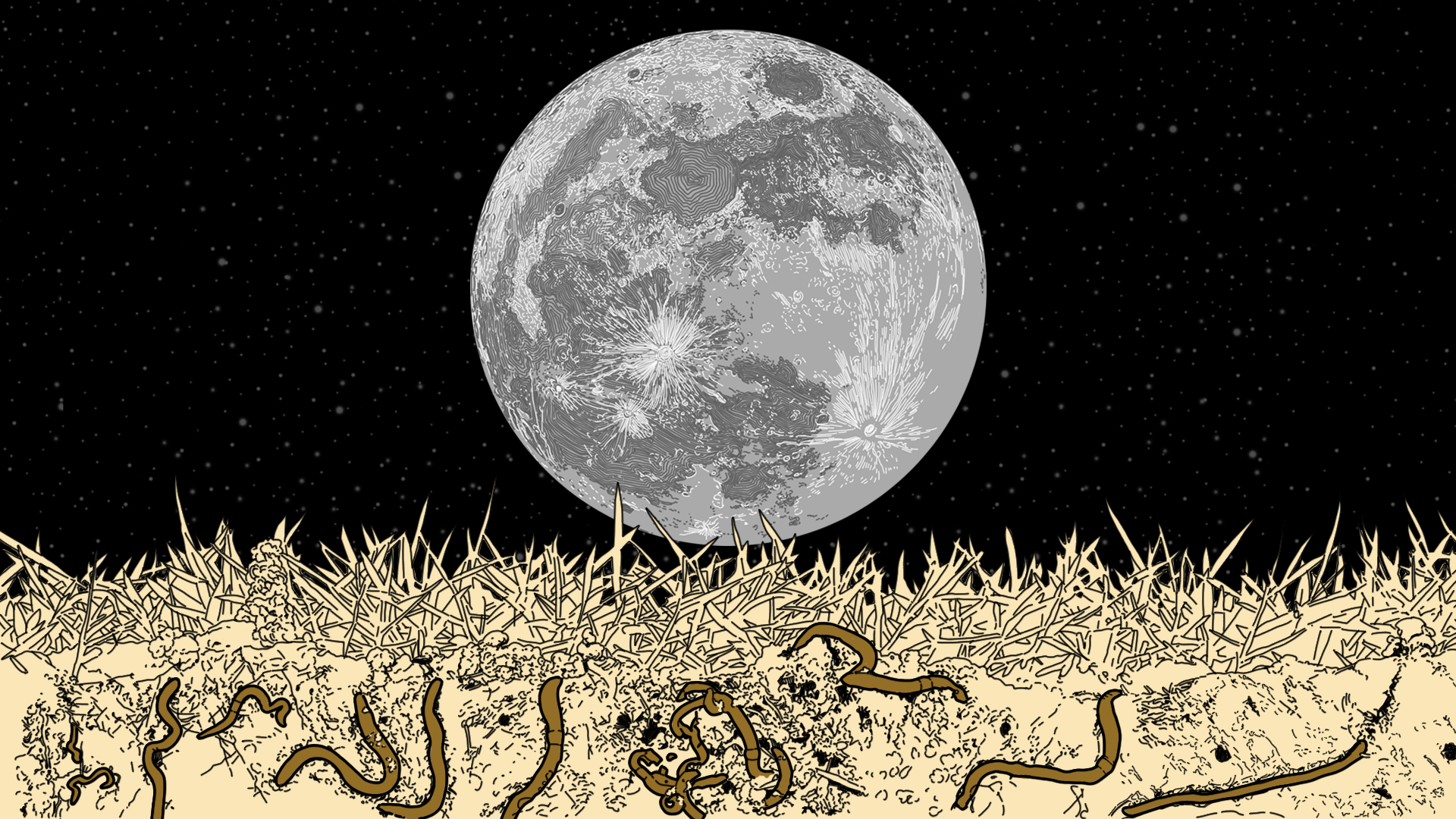 The Full Worm Moon will occur on Friday, March 18 at 3:17 a.m. Eastern and will be visible throughout North America and Canada all night long. The Worm Moon got its name from the castings of earthworms that could be found littered across the ground at the time of the year. As the ground thaws from the winter months, earthworms begin to make their way to the surface and leave their castings behind, which greatly improves the soil structure for newly blooming plants.

What Does the Worm Moon Symbolize?

Also called the Storm Moon, the Crow Moon, the Crust Moon, the Sap Moon, and the Spring Moon, the Worm Moon symbolizes hope, optimism, and new beginnings. The Worm Moon is the time for planting seeds, whether metaphorically or physically. While the sunshine warms your face and newly arrived or born critters scamper around, the month of the Worm Moon is the time of the year when we get serious about what our intentions for the rest of the year will be. You’ve spent the last two months thinking about what you wanted to manifest for the coming year, and now it’s time to start taking action.

Like the fable of the Ant and the Grasshopper, you can either use this time of the year to sing, and play, and put off what you believe can be done another day, or you can work hard at your goals and manifest your dreams. The Worm Moon is the best time to decide whether you’ll be an ant or a grasshopper this year.

Rituals During the Worm Moon

The Worm Moon is an amazing time for rituals. They can be as simple as journaling in your grimoire, to as complex as a full Worm Moon spell. Journaling is a great, small ritual to perform, and it’s something that you should be doing every full moon, as it allows you the ability to set and observe short-term goals, as well as see how far you’ve come since the last full moon.

Another small ritual to perform during the Worm Moon is the crafting of herb pillows. As the frost begins to abate and plants, flowers, and herbs start to poke up through the soil, herb pillows can be made to help ward off nightmares, bring you prophetic dreams, and even help cure insomnia.

To start, sew together three sides of two pieces of 3” x 3” fabric. Leave the fourth side open to be stuffed with herbs and then either sew it together or tie it with a ribbon.

If you want to perform something a little more complex, try this Worm Moon spell for manifestation, restoration, and renewal.

Start the ritual by casting your circle and setting your intentions for this ritual. What do you wish to achieve during this season?

Place the candle in the middle of your altar and light it while saying, “During this full moon, my will is strong, and my heart is full.”

Pick up your stone or crystal representing earth, take three deep breaths, and say, “Guardians of the element of earth, be with me.”

Pick up your stone or crystal for air and say, “Guardians of the element of air, be with me.”

Repeat the same with water, fire, and finally, spirit.

Meditate on your goals for this month, and the coming year. Visualize your manifestations coming to fruition. Think about how you’ll feel once your goal or goals have been achieved.

Once your meditation is complete, extinguish your candle, thank the spirits/deities/guardians for attending your ritual, and close your circle.

What is the Summer Solstice?

END_OF_DOCUMENT_TOKEN_TO_BE_REPLACED

You must be logged in to view earned achievements
Advertisements