She is a goddess of wild places, especially the Celtic moorlands, the woods, and the heathlands. Seeking her out required going to these wild places and looking for her in every aspect of the wild lands. Elen is in the mist in the air and in the heartbeat of a tree.

The Greek goddess Demeter, the motherly goddess of harvest and agriculture, had a daughter with her brother Zeus

. Many aspects of ancient Greek art are still evident in modern media, including statues of gods, goddesses, and even some of the minor deities that we never hear about today. There’s a reason why there’s still so much interest in these images after thousands of years: there’s more to them than meets the eye. 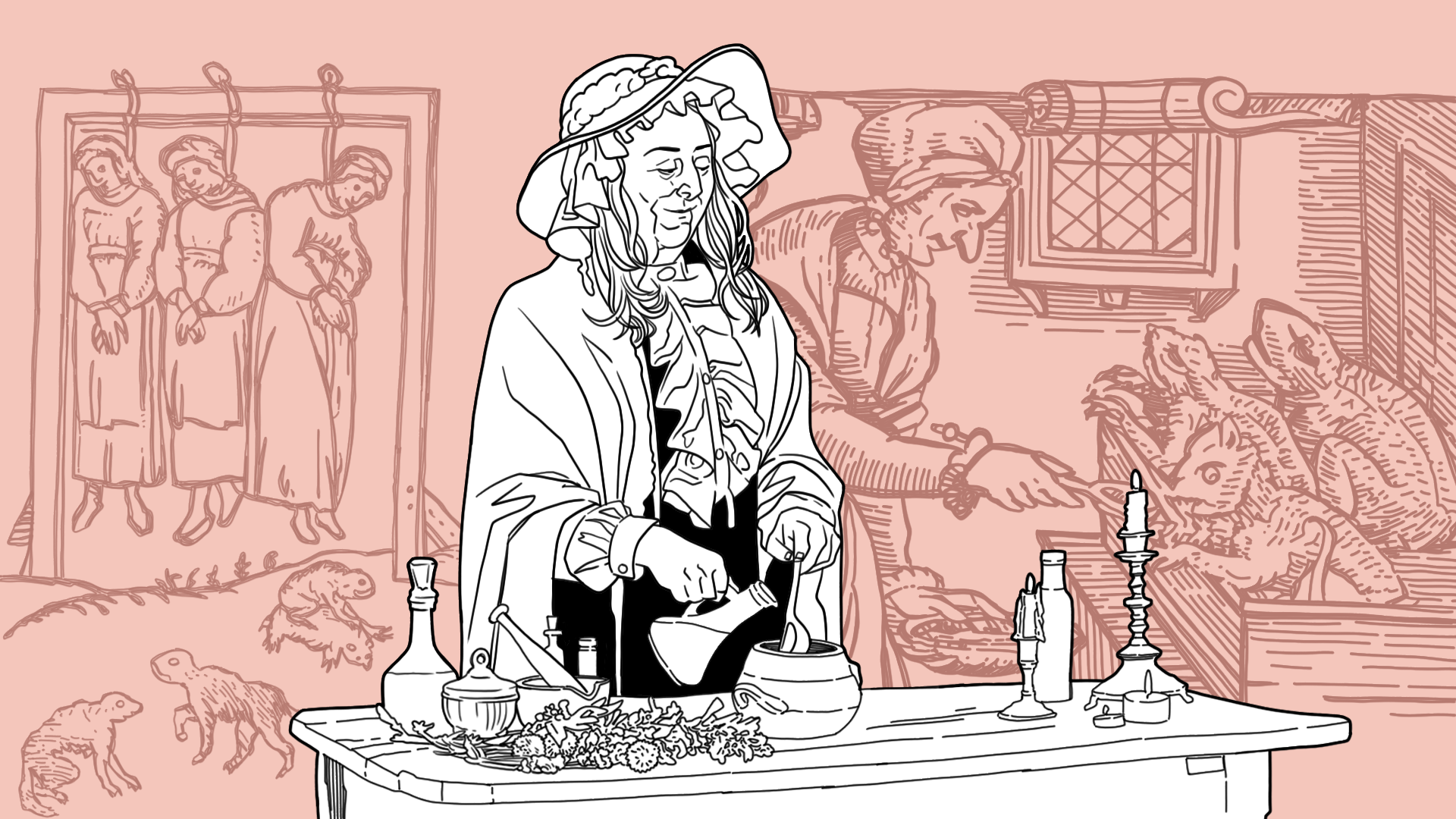 Though there are few surviving written records of the history of witches in Britain, we do know that witches were active in Britain during the Medieval period, and that belief in witches and witchcraft in Britain spans all the way back to antiquity. Prior to the infamous witch trials, witches in Britain were considered healers, herbalists, helpers of the community. Many people sought them out when they needed salves or potions to cure ailments. Before witches came to be associated with the devil in Britain’s modern period, people who practiced healing magic were called the Cunning Folk and were highly revered in society.

The Cunning Folk in Britain were believed to have existed from the Middle Ages to the early 20th century. They were practitioners of folk magic – not to be confused with ceremonial magic – and often hired by the people in their towns for the purposes of healing, fortune-telling, love spells, finding lost objects and missing persons, catching criminals, and even aiding in fighting off bewitchments from ceremonial or ritual witchcraft practitioners.

Though today, we would still classify this practice as witchcraft, the Cunning Folk were often staunchly opposed to ceremonial witchcraft and were typically practicing Christians. As said above, they were healers, not hinderers – which is what they believed witches to be. According to Ronald Hutton, a British historian that specializes in British folklore, in his book, “The Triumph of the Moon,” the Cunning Folk were, “concerned not with the mysteries of the universe and the empowerment of the magus, so much as with practical remedies for specific problems.”

Due to his controversial English Reformation, in which King Henry VIII broke from the Catholic Church, many in Tudorian society believed that his shirking of Rome brought about anti-Christian forces, such as witchcraft. It was widely believed at the time that his religious reformation would cause witches in Britain to be able to cause the death of a monarch.

In an attempt to smooth over the controversy, Henry VIII enacted Britain’s very first law against witchcraft, called The Witchcraft Act, in 1542. This law stated that witchcraft was a crime punishable by death.

The Witchcraft Act eventually fell to disuse upon Henry’s death in 1547 and was only replaced  16 years later, by Elizabeth I’s Act Against Conjuring, Enchantments, and Witchcraft in 1563. This act established that causing harm or death to anyone by way of witchcraft was a capital offense.

Following Elizabeth I’s death, her successor, James I broadened her original law by making any act of witchcraft punishable by death. His law was entitled An Act Against Conjuration, Witchcraft, and Dealing With Evil and Wicked Spirits. It was during James I’s reign that the British witch hunts reached their peak.

Agnes also admitted to having practiced, stating that Satan, the cat, spoke to her, and for a drop of her blood would do anything she wanted. She stated she used Satan to kill her neighbor’s livestock after an argument. She was also accused of killing a man by way of witchcraft but denied these claims. Next, Anges’ daughter, Joan Waterhouse, was also accused of using witchcraft to scare her neighbor, 12-year-old Agnes Brown, with a demon dog.

In the end, Joan was acquitted, Elizabeth was imprisoned but not executed (until 13 years later when she was tried again and finally executed), and Anges was executed by hanging.

Matthew Hopkins, the famed “Witchfinder General” (though that title was never actually given by Parliament), was believed to have accused and executed more witches in his brutal 14-month reign of terror than any other witch hunter in the 160 years preceding him.

Between March of 1644 until the end of his terror in 1647, it’s said that Matthew Hopkins was responsible for over 100 executions of suspected witches.

Though torture was supposed to be outlawed in England at the time, this didn’t stop the infamous Witchfinder General from using torturous techniques to extract confessions from his prisoners. His preferred methods of getting confessions were trial by water, pricking, sleep deprivation, and the finding of a Devil’s or Witch’s Mark.

Trial by water was performed by tossing an accused witch into a body of water to see if she would sink or float. It was believed that the water represented baptism and since witches rejected their baptisms, the water would reject them. Thus, if they floated, it was proof that the water wouldn’t allow them to submerge, so they had to be witches.

To find a Witch’s Mark, women and men accused of witchcraft were shaved of all their body hair while Hopkins would search for any kind of mole, scar, or other skin imperfection, which he claimed would be the source of nutrition for a witch’s familiar. If no Witch’s Mark was found, Hopkins would claim that it was invisible, and so would resort to pricking. Pricking was the practice of using a knife or needle to poke at a suspected witch. If the person didn’t bleed – as was often the case because Hopkins tended to use dull or special needles – it was proof of witchery.

Hopkins retired from witch-hunting in 1647 after he, himself, was accused of witchcraft due to his unlawful methods of confession extraction and torture.

Though the history of witches in Britain doesn’t end in 1727, the lawful executions of witches did. The last witch to be executed lawfully in Britain was Janet Horne.

The trial was quick and incredibly unjust, and the sheriff quickly decided both were guilty and would be executed by means of burning at the stake. Janet’s daughter, luckily, was able to escape, but Janet was stripped naked, covered in tar, and paraded through town before being burnt alive.

The history of witches in Britain is vast and lengthy. It cannot all be covered in a single article, so we chose to showcase what we deemed the most interesting or important parts. But the fact of the matter is, from antiquity to present times, Britain has an extensive and varied history with witches and witchcraft. 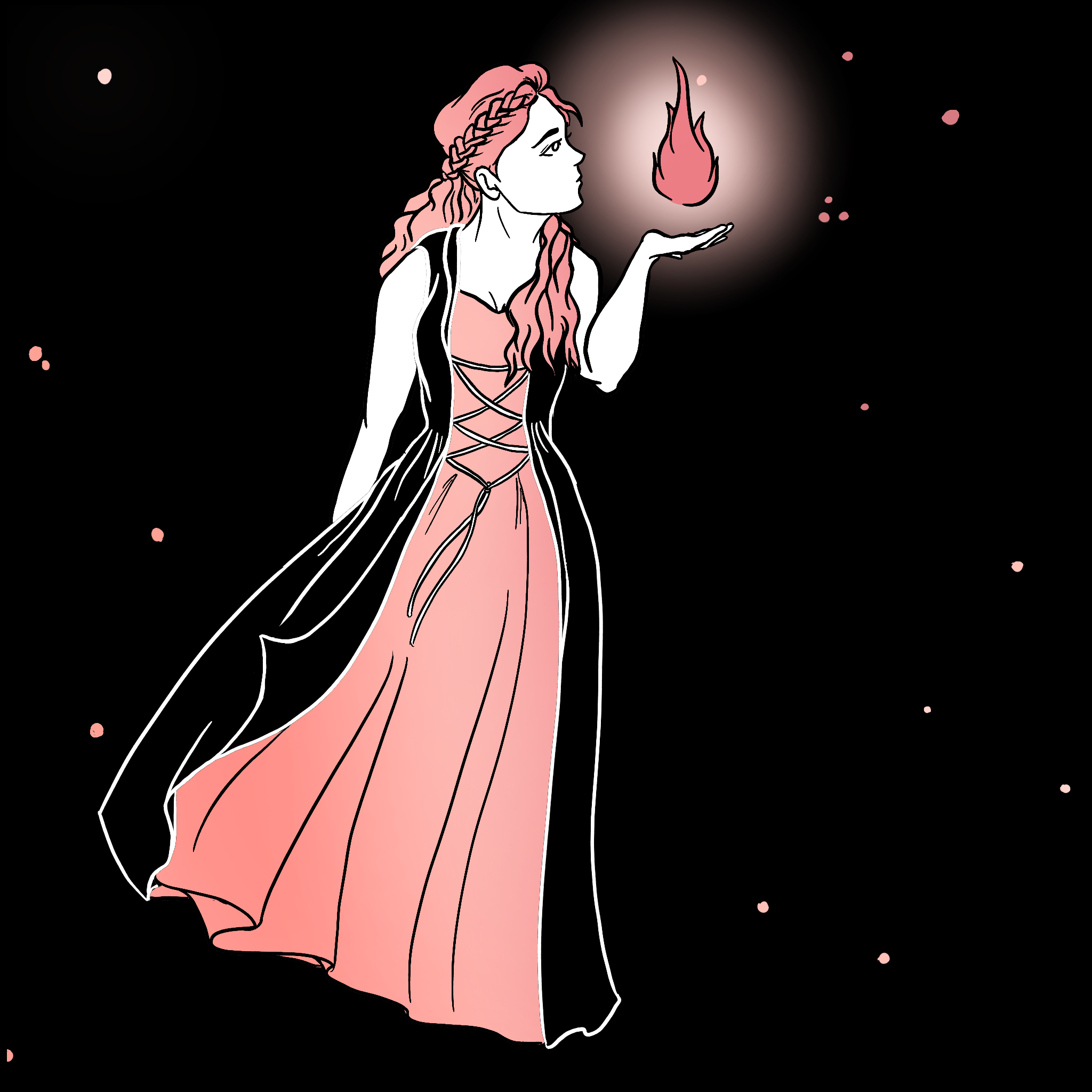 Brigid is a goddess of spring and healing, linked to many natural springs and holy wells. Today, we examine her mythical history. 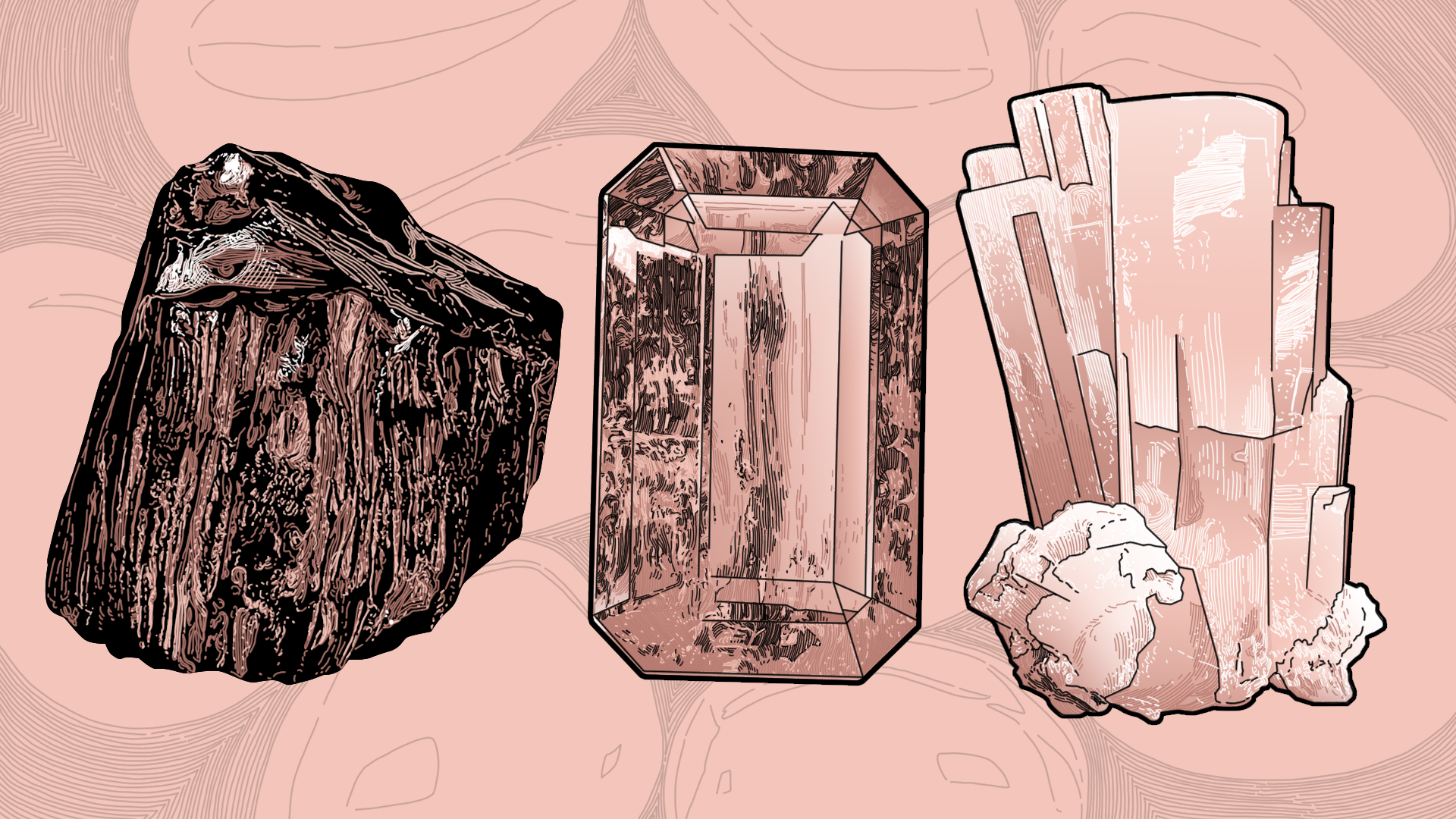 Jet is fossilized wood. It was said to absorb a piece of the wearer’s soul for protection. In ancient Greece, the priestesses of the goddess, Cybele, used it to curry her favor. Jet was found in pre-historic graves as burial gifts for fortune and to guard the departing spirit, so it passed on to the next life safely. It was burned by sea witches for divination and other purposes. In the Middle Ages, it was carved into the shape of a beetle for protection.

Jet absorbs negativity, removing it from the wearer and their environment. It is used to guard against nightmares and is placed under the pillow to ward off these bad dreams. Jet also increases psychic abilities (such as in divination) and medium abilities in contacting and conversing with the dead. Jet is also said to keep proper energy flow in healing spells and rituals.

In ancient times, emerald was thought to stand for the Earth. An odd ancient use is documented in Hindu writings to be used to protect against nocturnal emissions. In the 16th century, it was used to strengthen the memory and is mentioned in the works of Albertus Magnus as far back as the 13th to 14th century. Emerald was given to the possessed to drive out the demons.

Emerald can be used to draw love after enchanted with a green candle. It is used in business spells to promote sales and consumer awareness. Emerald also is said to increase the wearer’s awareness of psychic abilities. It is also used for protection. Emerald is often used as a gazing stone to relax the optic nerve, especially when the user spends a very long time on computers or other screens.

Beryl is often used for so called “crystal balls.” In fact, the famous Dr. Dee, the astronomer, and advisor to Elizabeth I, had a crystal ball that was made of beryl. It was used for divination in the 5th century Ireland by the specularii. In the 13th century, beryl was carved in the shape of frogs to reconcile enemies. In the 16th century, it was worn in debates to gain understanding and to win.

Beryl has a variety of uses. It is worn for protection versus drowning and sea sickness and also to increase psychic awareness. It is particularly well-suited to scrying under a waxing moon. It can provide protection from fascination and help the user find lost items. Beryl is exchanged between lovers to ensure fidelity. It’s healing ability is most effective on the liver, glands and eye disease. 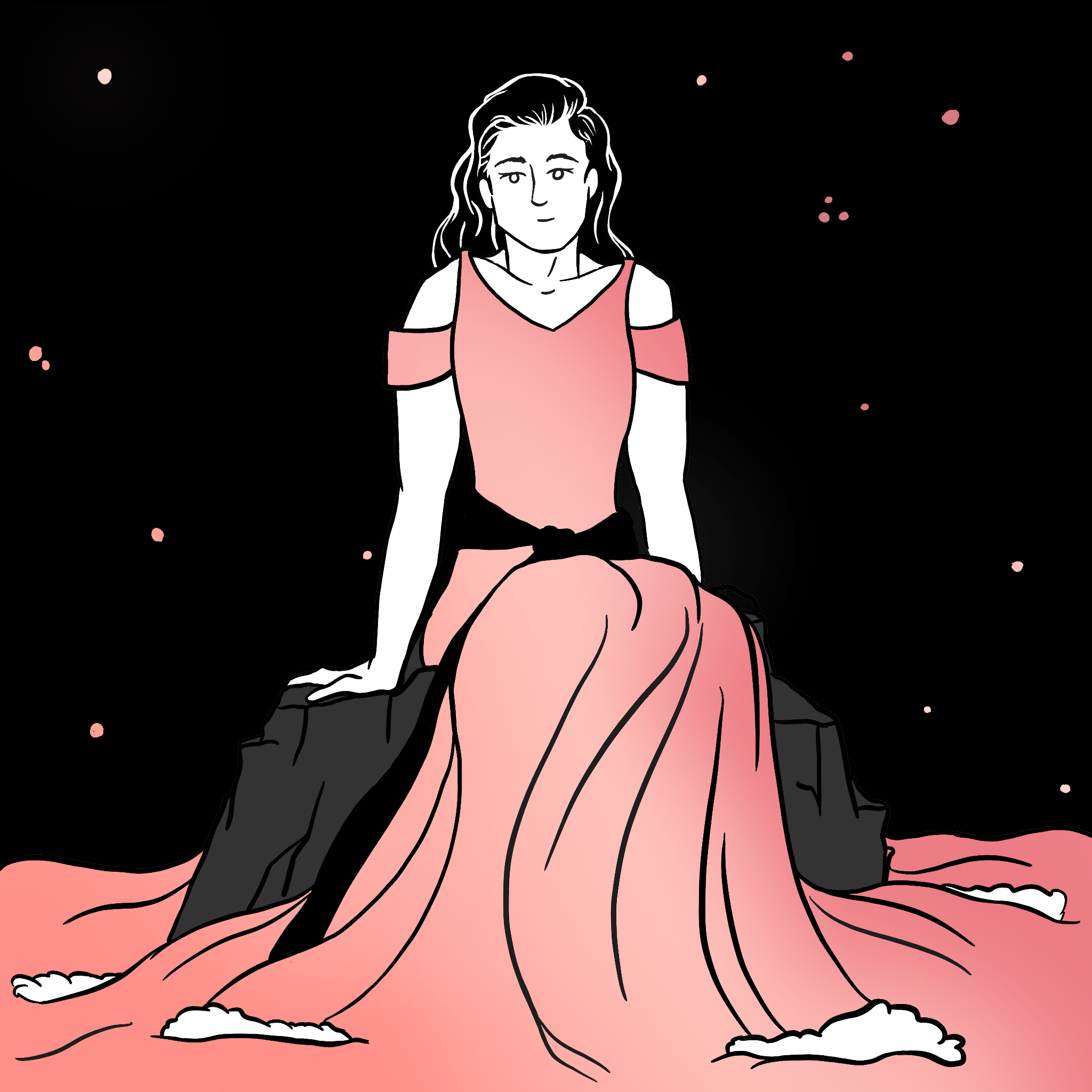 Meaning “white cow”, Boann or Boand, as she is often modernly referred to, is the Irish goddess of the River Boyne, a river waterway in Leinster, Ireland. 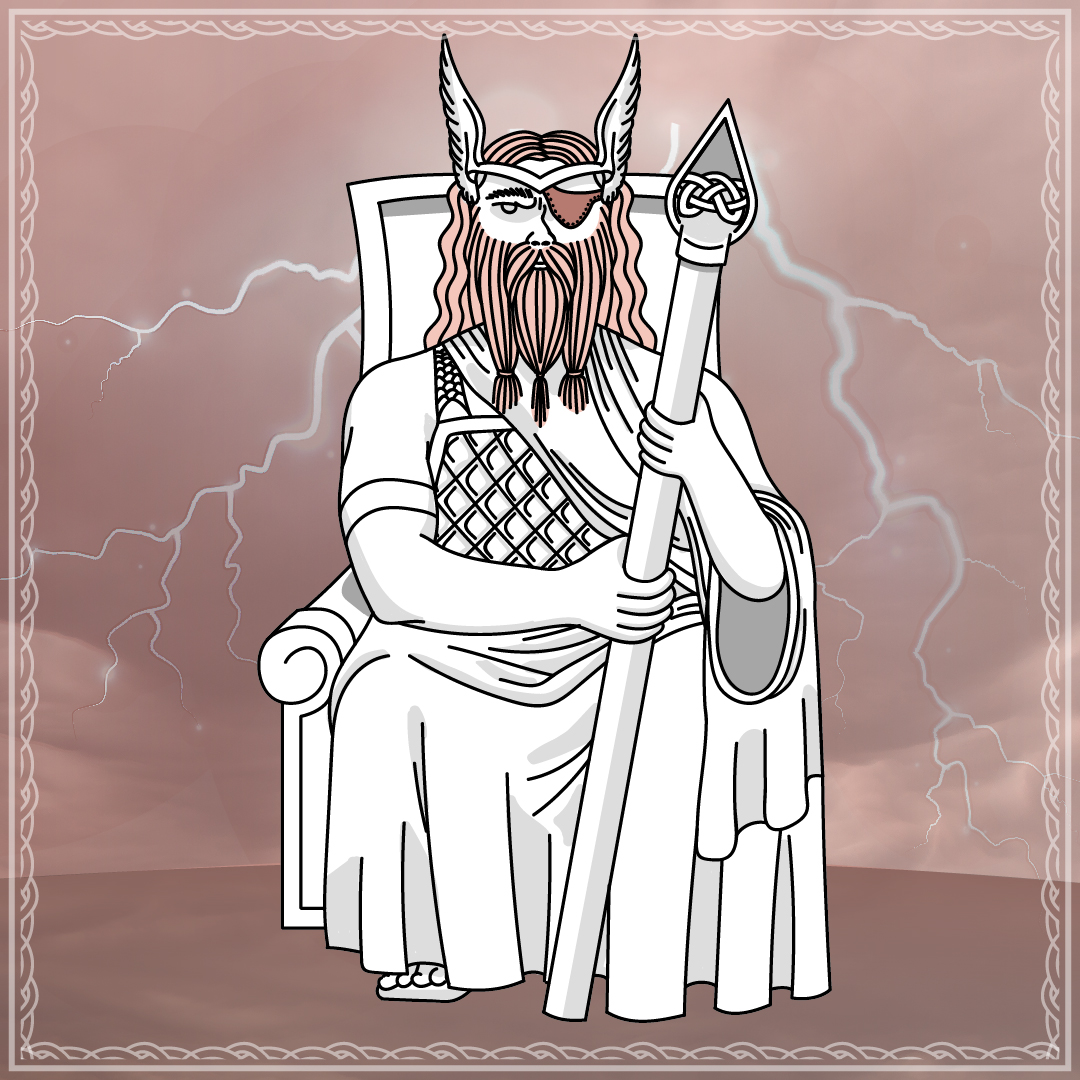 Odin, the God of war, wisdom, poetry, and magic was one of the most complex of the Norse Gods. 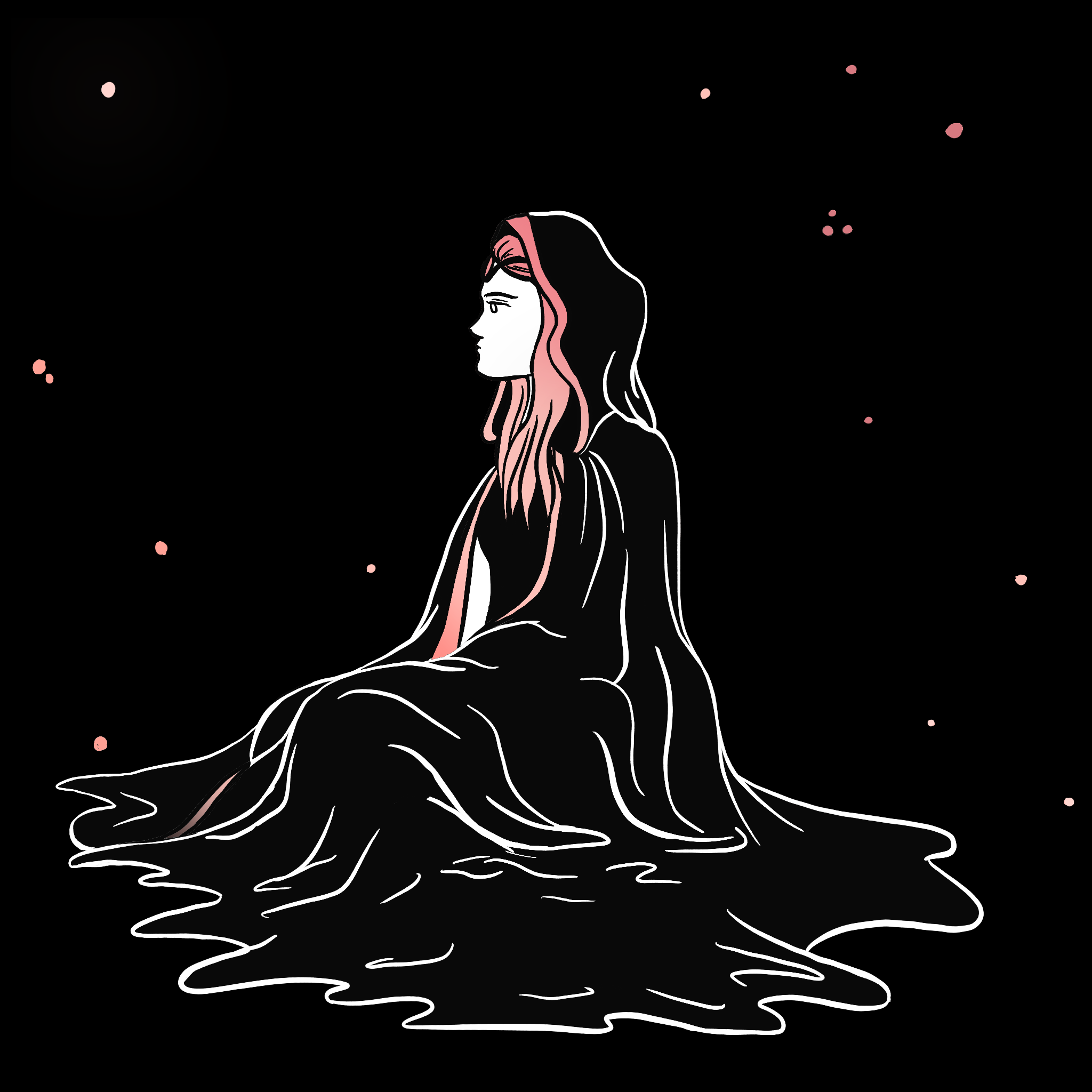 If you are a witch or are interested in becoming one, the energies of the full moon in Aries may be especially relevant to you.

The moon is a powerful symbol that has been used since ancient times for guidance and illumination. Tonight, the moon will be in the sign of Taurus, which is a perfect opportunity to do some self-care! Taurus energy can help you slow down, find peace, stay grounded, and listen to…